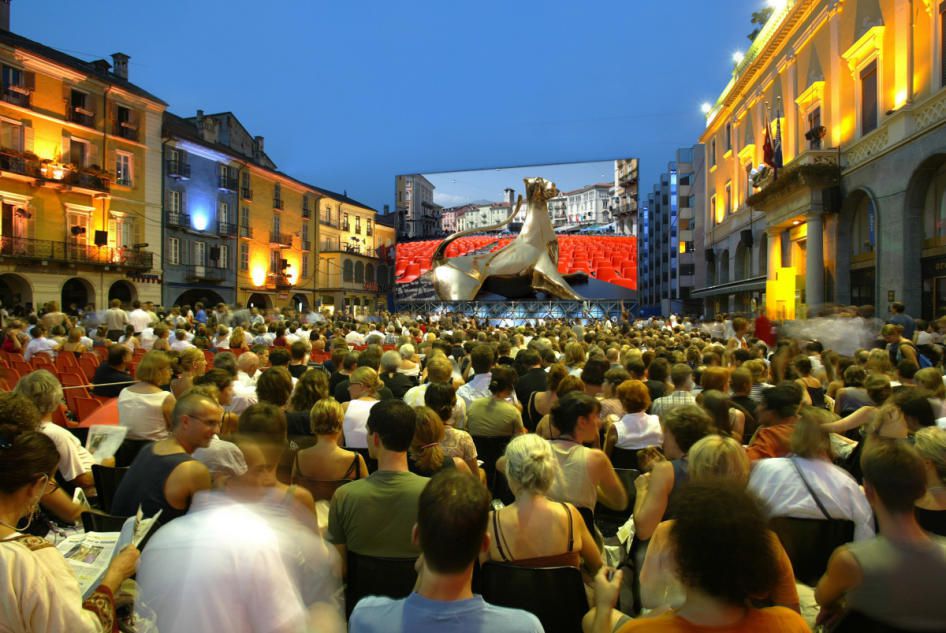 Back when I was a young film critic – several federal election cycles ago – I applied to the trainee sections of various international festivals. It seemed like a good way to see the world, or at least the parts of it that see a high concentration of movie theatres. It was also an opportunity to meet more experienced writers who could share their expertise (and perhaps unwittingly give me a way to steal their gigs out from under them).

This week at the 68th Locarno International Film Festival, I was invited by Indiewire’s Eric Kohn to speak to a group of young film critics – which of course meant that I was, in comparison, old. It was a shoe-is-on-the-other-foot moment charged with a sense of inevitability. It can be stressful for professionals in any field to feel like the younger cohort is gaining on them, and film festivals can surely be sites for anxiety; talking about who is covering which films for which outlets often a plays out as a not-so-subtle game of public one-upsmanship. And yet the idea that one has endured long enough in the “business” (such as it is) that they are explicitly sought out for insights – however slender and sleep-deprived – is also its own form of ego-tripping. It’s always nice to be asked for opinions, especially in the context of a film festival, where much of the time people make an art form out of pretending to listen to that they can launch into carefully prepared tirades.

My fellow panelists were three writers I admire, two of whom I would consider contemporaries: Alexandra Zawia, a Vienna-based critic and teacher who contributed to last year’s Cinema Scope TIFF coverage; and Nick Pinkerton, recently ensconced as a columnist for Film Comment and a longtime pal and fellow Reverse Shot scribe. Beside us sat Jean-Michel Frodon, of Cahiers du Cinema fame. And at the other end of the table sat the seven younger writers wrangled through Indiewire’s Critics’ Academy programme. This group, which included visitors from Germany and South America, had already spent the previous four days participating in similar group discussions about film criticism, so when Eric told us that we were the last panel of the festival, I wondered if our quartet would end up taking the conversation in a different direction. And if not, well, maybe we weren’t wasting the group’s time with so many movies to see and piazza patios from which to sip beer in the sunshine.

As it turned out, it was a good talk, and while I can’t speak for the Critics’ Academy members (none of whom have as of yet tweeted disparagingly about the session), I can say that I took away some good advice to offset whatever probably problematic suggestions I offered up. Alex spoke eloquently about the challenges of composing reviews in a second language, which is not only relevant considering the fraught linguistic politics of film festivals – where English is a common-denominator in onscreen subtitles and institutional correspondence – but also a reminder of the difference between having and successfully expressing an idea. As a non-bilingual Canadian, I’m amazed that writers like Alex (and many others on the ground for European festivals) can toggle between differently intricate and idiomatic languages.

Questions of how to transform visceral impressions into measured prose dominated the discussion, and I found the varying responses to this baseline question fascinating. Nick, who is one of the best prose stylists I know, encouraged the writers to cultivate personal styles, which he said also meant being unafraid to experiment and also perhaps come up short, citing his own early work as an example of overreaching. Jean-Michel indicated that one of the ways he keeps his perspective unclouded is by abstaining from post-screening discussions, which I must say strikes me as a philosophy based on some heroic sense of restraint. The temptation to seek out (or tweet out) instant opinions at film festivals is overpowering, and I told the group that I actually usually find it helpful to chat in the aftermath of a first viewing (although not if the people I’m with don’t feel similarly loquacious).

What stuck with me most from the session was the discussion – which bordered on being argument, albeit a polite one – about how much knowledge about a particular film’s subject matter is required to write about it authoritatively. I gave the example of a friend who had once dismissed Uncle Boonmee Who Can Recall His Past Lives on the basis that it didn’t explicate the various aspects of Thai politics and culture that informed its narrative and imagery; he didn’t feel it was his responsibility to fill in the blanks. Jean-Michel replied that in the case of that film, he was compelled enough by the opening images of a water buffalo running in the jungle that he felt like he had a way into the world of the film even if subsequent symbols and references remained elusive. I agree with this, to a point; since viewership (and the criticism that comes out of it) is subjective, everyone is going to have things in a particular movie that speak more directly to their own experiences. However, I thought it was important to say at the time – and also as often as possible – that criticism and journalism are intertwined, and that while doing research is harder work than having an opinion, it is often the thing that makes the latter worthwhile.

Ultimately, I’m glad I had the chance to meet with these younger writers, and not only because it means I’ve added to the list of people who might possibly buy me a coffee before a screening one day. After the panel, I found myself at a presentation of Sam Peckinpah’s monumental Bring Me the Head of Alfredo Garcia, seated next to one of the Critics’ Academy members, Justine Smith, a writer from Montreal who was focusing closely on the retrospective as part of her workload at Locarno. I’d met Justine before at TIFF, but after the movie was over, we had a much longer conversation than ever before – and also longer than any of the chats I’d had during this edition of the festival. We talked about Alfredo Garcia, Peckinpah, Pauline Kael, the politics of auteurism, the legacy of critical reception, and the place of old movies at new festivals. Such are the pleasures of being trapped in an overpriced resort town with like-minded individuals. It’s enough to make an old-ish film critic feel young-ish again .